The discussion chaired by Professor Motoki Takahashi, vice-director of our center centered on a network of training/research program. It was suggested that the experiences lived both by members of African and Southeast Asian societies, such as colonization by Western powers, should be considered in multiple ways across disciplines and regions. Based mainly on this idea, the participants examined the possibility of creating an exchange scheme between young researchers of both institutions as well as the possibility of holding an international conferences.

This meeting provided a welcome opportunity to create a network involving research institutes in Japan, Southeast Asia, Europe, and Africa. It is expected that further discussions and ideas will continue to be developed next month at an international conference held at Leiden University, the Netherlands. 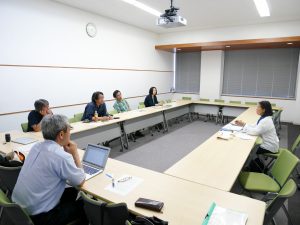 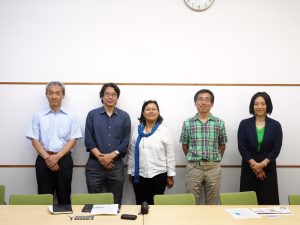